Why do we dive in cenotes?

In this post, we have had the collaboration of the magnificent photos of the photography team of the Chac Mool cenote. You can see spectacular photos on his instagram profile @triton.prod 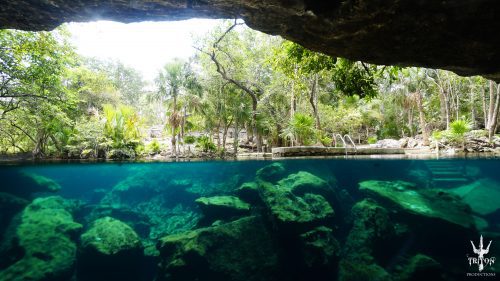 Many divers, the first thing they ask when they arrive at the cenote is, what is special about cenotes, will we see a lot of fauna?

The answer is always the same, we don’t dive in cenotes because of the fauna that we can observe underwater, there is much more, and it all begins the moment we begin to enter the jungle on the way to the cenote. From that moment, we can already begin to see fauna and flora of the second largest tropical forest in the American continent. Second only to the Amazon, this forest extends through Mexico, Belize, and northern Guatemala with an area of ​​more than 14 million hectares.

In the jungle we will be able to observe colorful birds such as the toucan, woodpecker, the Yucatecan bolsero, clock bird (motmot), hummingbird, etc… all of them giving a spectacular color in an atmosphere of peace and tranquility that will captivate us even before starting to ride our teams. In addition we will be able to observe butterflies of all colors, iguanas, tarantulas, coatis, and if we are lucky we will be able to enjoy the sight of the white-tailed deer or the spider monkey. Yes, it is evident that there is more fauna in the jungle such as howler monkeys, snakes, scorpions, jaguars, etc… but I just wanted to focus on the fauna that we have been lucky enough to see directly. 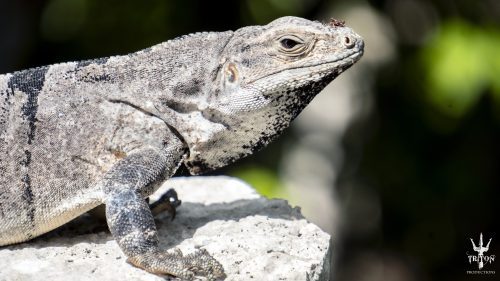 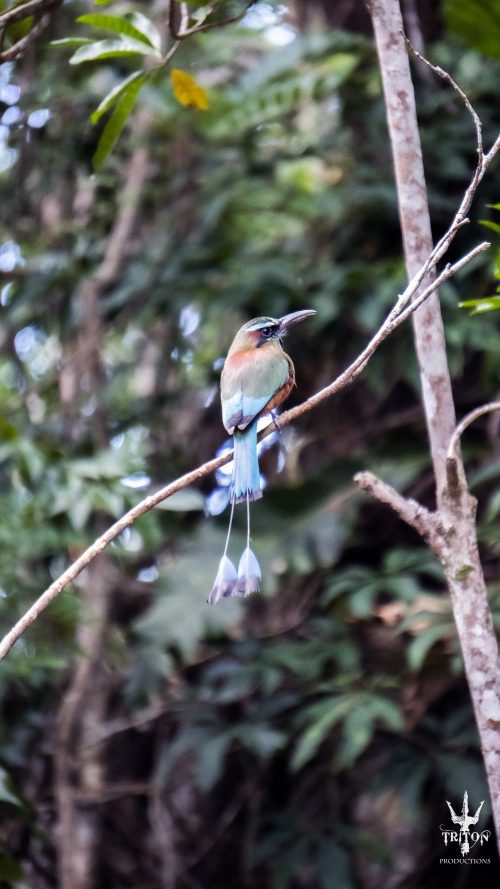 But not only this brings us a day of diving in cenotes, ready to go to the water? We are going to dive cenotes;

Approximately 10 thousand years ago, the sea level was 100 meters below the current level and the caves and cenotes of the Yucatan Peninsula were dry.

But how are it formed? Well, it is a relatively simple process, although extremely slow. Seepage water through cracks in the ground in the vicinity of a cave can dissolve certain compounds, usually calcite and aragonite (calcium carbonate) and gypsum (calcium sulfate). The amount of dissolved mineral depends, among other factors, on the concentration of carbon dioxide and the temperature of the solution. When this solution reaches an air-filled cavern, the discharge of carbon dioxide alters the water’s ability to hold these minerals in solution, causing them to precipitate.

The stalactites appear as a result of continuous mineral deposits transported by the water that filters normally in a cave, although not always, especially those of calcium bicarbonate that precipitate in calcium carbonate and are deposited giving rise to them.

Instead, stalagmites are mineral deposits that are formed by chemical precipitation and that form on the limestone cave floor due to the decantation of solutions and the deposition of calcium carbonate.

Usually the stalagmites appear below the stalactites so that if enough time passes they come together and form a column.

Obviously, these types of structures are not only interesting for tourism, but science uses them for numerous purposes, especially related to dating given that due to the way in which they are formed and their enormous longevity, their analysis leads to discoveries that otherwise it would be complicated and they are great witnesses of the weather

These make it possible to reconstruct the evolution of the climate with a precision of less than one year, thus providing very valuable information for understanding the mechanisms that govern climate change. 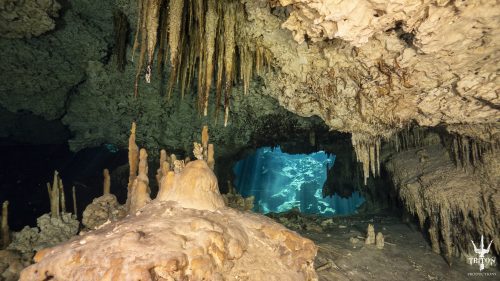 The halocline is a layer that separates two masses of water by a difference in density. It occurs when two bodies of water meet, one of fresh water and the other of salt water. Salt water is denser and sinks, leaving fresh water on the surface.

This effect is difficult to observe and usually occurs in areas where fresh water reaches the sea, such as caves with fresh water springs flowing into the sea. As all the cenotes eventually end up in the sea and the sea can also enter inland depending on the tides, the best and most spectacular place to observe this effect is in the Cenotes of Mexico. But to understand it, we must first know that due to the porosity of the soil of the entire Yucatan Peninsula (https://www.divingcenotetulum.com/cenotes-riviera-maya-buceo-diving-mexico/), most of of the water that runs through the entire system of caves and caverns is fresh water from rain.

It is then when, in certain cenotes and at certain depths, fresh water and salt water meet at one point, forming a separating layer, this is called the halocline. But be careful, it is also a thermocline, since in addition to the difference in density between seawater and freshwater, seawater is also hotter than freshwater, which adds the two effects, amplifying the result. This layer is found in most cenotes, at a depth of about 10 meters.

As a summary, when we dive in certain cenotes we can have excellent visibility at a temperature of 25ºC-26ºC, but if we start to descend we will find a body of water approximately 1 meter where our vision will become blurred and we will think that something is wrong with our mask, or even with our brain, but if we descend a little more we will once again have perfect visibility, and we will even be able to feel a difference in temperature of +2.3º C. 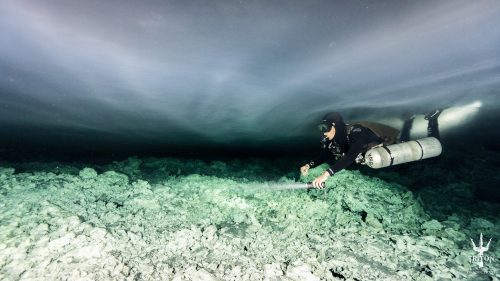 Diving through a cloud in the cenotes can be perhaps the strangest experience you can have as a diver. These clouds, present for example in the Angelita cenote, the Pit, Chac Mool, Zapote cenote or Maravilla cenote, among others, come from a complex activity of certain types of bacteria that decompose organic material in order to obtain energy. The result of this activity of the bacteria is a cloud of hydrogen sulfide, somewhat toxic and with a smell of rotten eggs that will literally make us understand why cenotes are the Mayan underworld. The feeling of diving through a cloud cannot be explained, you have to experience it. 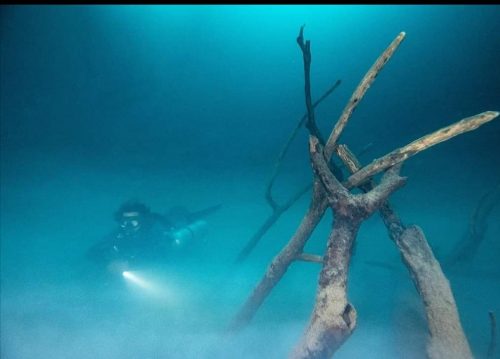 Because more than 40 million years ago, the Yucatan peninsula was a thriving coral reef covered by the ocean, and as the ocean level dropped, all that coral reef resulted in the ground we can walk on today, the fossils Marines inside the cenotes are present and tell that story. In fact, just walking through the streets of the entire Riviera Maya, if we pay attention to the stones that mark the paths, we will be able to observe them. The most common are usually corals and mollusks, although in certain caves or in the museum of the National Institute of Archeology and History (INAH), you can see fossils of prehistoric lazy bears, mammoths and even saber-toothed tigers. 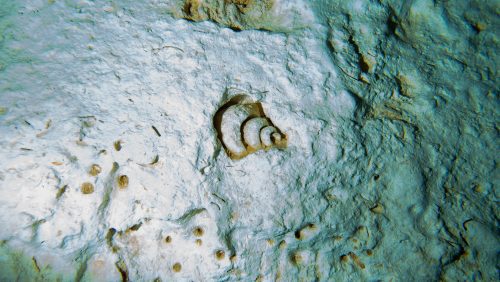